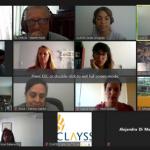 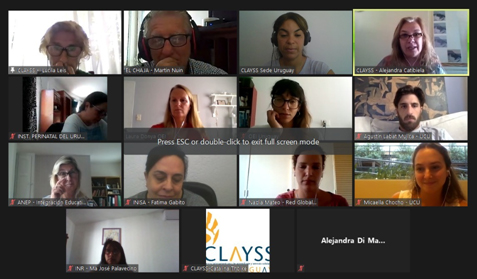 On March 24th, the first 2021 meeting of the SL Uruguayan Network was held via zoom.
During the meeting, each participating institution or organization of the Network introduced its approach regarding the current health situation and the role of solidarity education in 2021. As the core of the agenda, the Catholic University of Uruguay presented a proposal that supports going in-depth in the SL pedagogy when training professors and students in Higher Education–within the framework of the University Extension Programme–, and open submissions for the Solidarity Education Contest 2021 to Universities.
In addition, the Organization of Ibero-American States (OEI) and its office in Uruguay proposed to generate two projects of thematic publications and specialized training in Service-Learning: both in rural and deprivation of liberty contexts. These projects are in tune with the work of the OEI and the strategic definitions of the National Education Plan proposed by the governing bodies of public education policy in Uruguay–the Ministry of Education and Culture and the ANEP.
In addition, the Institute for Social Inclusion of Adolescents (INISA) was presented, which formally agreed with CLAYSS Uruguay to include the SL proposal in its institutional training to all its teams of educators, workshop attendants and teachers in 9 of the 13 Detention Centres for adolescents.
In this opportunity, the meeting included the special participation of Ana Verocay, Head of the Department for Inclusive Education of the National Administration of Public Education of Uruguay, who highlighted the importance–within the framework of the Network–of jointly working to establish national public policies and generating spaces of permanent coordination as such is the case of the Uruguayan Network.
Finally, each institution shared its actions for this year, and CLAYSS underlined its intention to organize for the first time in Uruguay an International Service-Learning Conference, scheduled for October 2021. For this event, the Network was invited to provide support for the Conference organization.
The next meeting of the Network is scheduled for June 2021 and a third meeting will also be held before the aforementioned conference in October.